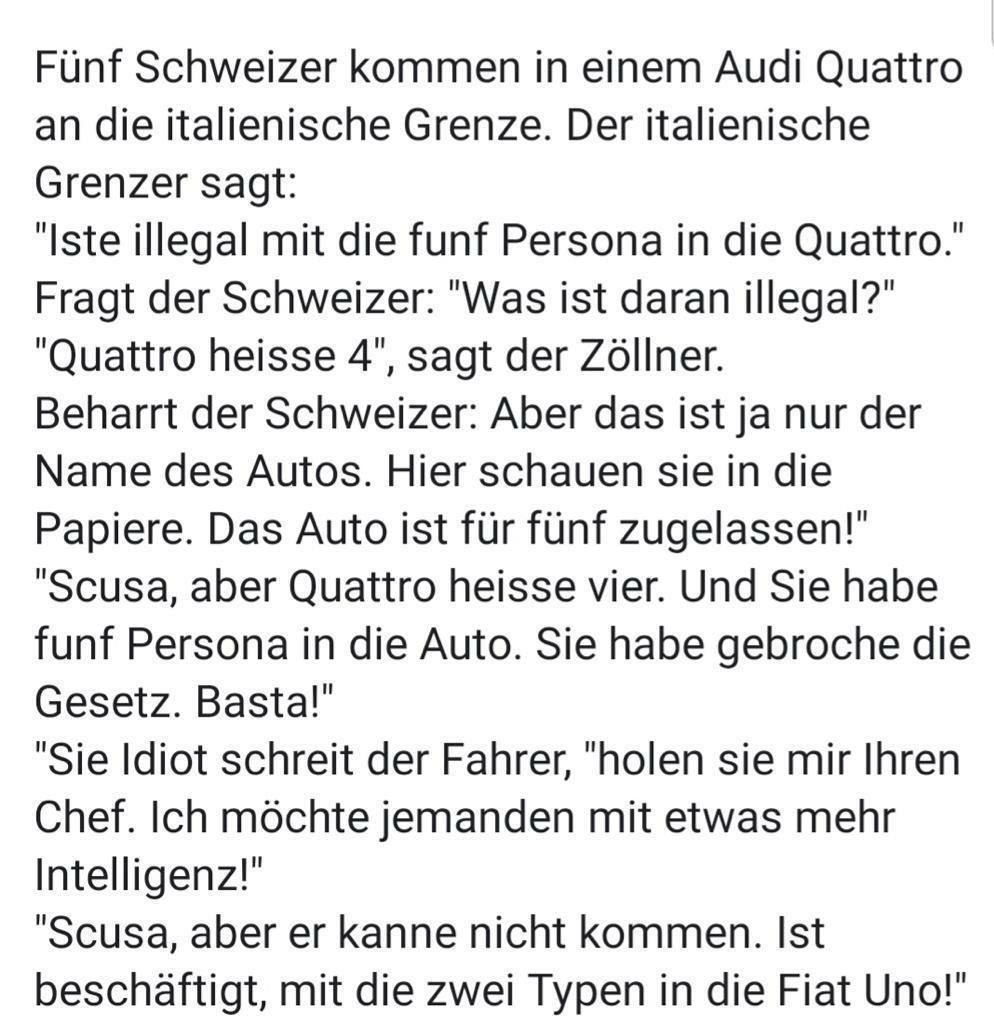 A guy walked into a bar and shouted "Beers for everyone, even you, bartender.!" But when it was time to pay, the guy didn't have the money, so the bartender beat him up and threw him out. The next day, the guy came back into the pub and said "Beers for everyone! But not you, bartender! " The bartender asked "Why?" The guy replied "Because you're violent when you're drunk!"
Have you heard about the dyslexic poet that has a fetish for rim licks?

I downloaded it for free.

Who's the real winner?

A young bride and groom to be had just selected their wedding rings. As the young lady admired the plain platinum and diamond band she had chosen for herself, she suddenly looked concerned. "Tell me" she asked the rather elderly salesman "is there anything special I'll have to do to take care of this ring?" With a fatherly smile, the salesman said "One of the best ways to protect a wedding ring is to soak it in dishwater three times a day.

A man stumbles up to the only other patron in a bar and asks if he could buy him a drink.

"Why of course," comes the reply. The first man then asks: "Where are you from?"

The first man responds: "You don't say, I'm from Ireland too! Let's have another round to Ireland."

"Of Course," replies the second man.

Curious, the first man then asks: "Where in Ireland are you from?"

"I can't believe it," says the first man. "I'm from Dublin too! Let's have another drink to Dublin."

"Of course," replies the second man.

Curiosity again strikes and the first man asks: "What school did you go to?"

"This is unbelievable!" the first man says. "I went to Saint Mary's and I graduated in '62, too!"

About that time one of the regulars comes in and sits down at the bar. "What's been going on?" he asks the bartender.

"Nothing much," replies the bartender. "The O'Malley twins are drunk again."

A man is in bed with his wife when there is a rat-a-tat-tat on the door. He rolls over and looks at his clock, and it's half past three in the morning. "I'm not getting out of bed at this time," he thinks, and rolls over. Then, a louder knock follows.

"Aren't you going to answer that?" says his wife. So he drags himself out of bed and goes downstairs. He opens the door and there is a man standing at the door. It didn't take the homeowner long to realize the man was drunk.

"Hi there," slurs the stranger. "Can you give me a push??" "No, get lost. It's half past three. I was in bed," says the man and slams the door. He goes back up to bed and tells his wife what happened and she says, "Dave, that wasn't very nice of you. Remember that night we broke down in the pouring rain on the way to pick the kids up from the baby sitter and you had to knock on that man's house to get us started again? What would have happened if he'd told us to get lost?"

"But the guy was drunk," says the husband.

"It doesn't matter," says the wife. "He needs our help and it would be the right thing to help him." So the husband gets out of bed again, gets dressed and goes downstairs. He opens the door, and not being able to see the stranger anywhere he shouts, "Hey, do you still want a push?" And he hears a voice cry out, "Yeah, please."

So, still being unable to see the stranger he shouts, "Where are you?" And the stranger replies, "I'm over here, on your swing."

How do you call a poor Italian neighbourhood?

What do you call a girl that raps about women rights?

What happens when Catwoman takes off her suit?

Q: How do you get a guy interested in 7 pounds of fat?

A cowboy is riding across the plain one day, when he sees an Indian chief laying on the ground with his ear pressed firmly to the earth. Never having seen this before, the cowboy says "Hey chief, what are you doing there?" The chief answers in broken English "Buffalo come." The cowboy is astonished "That's amazing chief, how can you tell?" The chief replies "Ear sticky."

Two cowboys, Bill and Joe, are riding their horses through the prairie. Joe says "Bill, what happens when we die?" Bill says "Well Joe, do you know about the circle of life?" "I reckon I don't" says Joe. "Let me tell you." Says Bill. "So say an Indian rides by right now and shoots an arrow through your skull. And you fall off your horse, dead as a door-nail before you hit the ground. Your body starts decomposing and a bunch of maggots come out of the ground and eat your flesh. Now all the leftover nutrients from your body and the holes the maggots left in the earth are a perfect spot for grass to grow. So an extra nice heavy patch of grass grows in that spot. And then a buffalo comes over and eats this nice patch of grass. And then the buffalo has to take a massive dump. Then I ride by and see the pile of buffalo shit, and say 'Joe! You haven't changed a bit!'"