Here is some kind of short personal best of 2011.

I am currently reading the book "Budapest 1900" by John Lukacs which gives a historical portrait of Budapest and its culture around 1900. The following paragraph gives an example of the unbridgeable, and often tragic, class differences. During his year of military duty the fine Magyar writer Sándor Hunyady, then a simple soldier, met Vilma, a beautiful peasant girl on a Sunday afternoon, when privates and maids on their only afternoon off kept promenading in one of the squares, eager to engage each other in conversation. They fell in love. A week or so later Hunyady (who was the son of a noted writer and a noted actress) was invited to supper in the apartment of a bourgeois family. Their maid happened to be Vilma. When she came into their dining room and saw Hunyady, who had sufficient courage and presence of mind to speak to her, she did not answer. She fled the house in an instant, never to return, and never to see Hunyady again.

From a fable by Jean de Condé, paraphrased from Barbara Tuchman's, A Distant Mirror.

Queen: Sir, have you fathered any children?

Knight: No my lady, I have not.

Queen: Indeed, you do not have the look of a man who could please his mistress when he held her in his arms, for your beard is little more than the kind of fuzz that ladies have in certain places. I do not doubt your word, for it is easy to judge from the state of the hay whether the pitchfork is any good.

Knight: Lady, answer me without deceit, is there any hair between your legs?

Queen: None at all.

Knight: Indeed I do believe you, for grass does not grow on a well-beaten path. 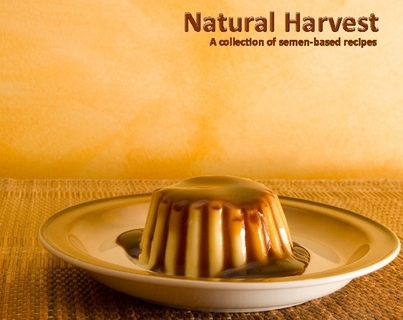 I have seen life measured out in eyedroppers of morphine solution.  I experienced the agonizing deprivation of junk sickness, and the pleasure of relief when junk-thirsty cells drank from the needle. Perhaps all pleasure is relief. I have learned the cellular stoicism that junk teaches the user. I have seen a cell full of sick junkies silent and immobile in separate misery. They knew the pointlessness of complaining or moving.  They knew that basically no one can help anyone else. There is no key,  no secret someone else has that he can give you. (William Burroughs - Junky - last page of prologue)

The year is almost over - here is a kind of best of list for movies, concerts, records and authors that I especially enjoyed in 2009. (The individual categories are not ordered.)

Records: Joanna Newsom - The Milk-Eyed Mender, Arvo Pärt - In principio, Current 93 - Aleph at Hallucinatory Mountain, Editors - In this light and on this evening

I am sure that I forgot something from the first half of 2009.
We are made of distances,
We are constantly going further,
Alone and predestined,
Learning slowly,
That stopping is not arriving.
(A.A. Attanasio - "Radix", page 242)
Since August 9th it is possible to read the diaries of George Orwell online. Each entry belongs to an entry of his diary that was written 70 years ago.
I am desperately looking for the works of Thomas Ligotti, especially his essay "The conspiracy against the human race". This essay was online for a while but not anymore, unfortunately. Perhaps some visitor of this blog can help...
Since I have stated my favourite playlist, I also want to state my favourite books from 2007. It's hard to decide but: 1. Neal Stephenson - "Snow crash" I read this book several years ago, but decided to reread it after I found it in a second hand bookstore and especially because I only remembered that I really liked it but couldn't remember the plot. 2. George Orwell - "Down and out in Paris and London" I read this (together with his book about the Spanish civil war) during my trip to Bosnia and it is absolutely worth reading. He describes his contact with poverty in a honest but also humorous way. Somehow it gave me strength while I was traveling alone in Bosnia. 3. The books from Béla Hamvas.